How to Grow: Groundnut

Learn how to grow groundnuts in your landscape 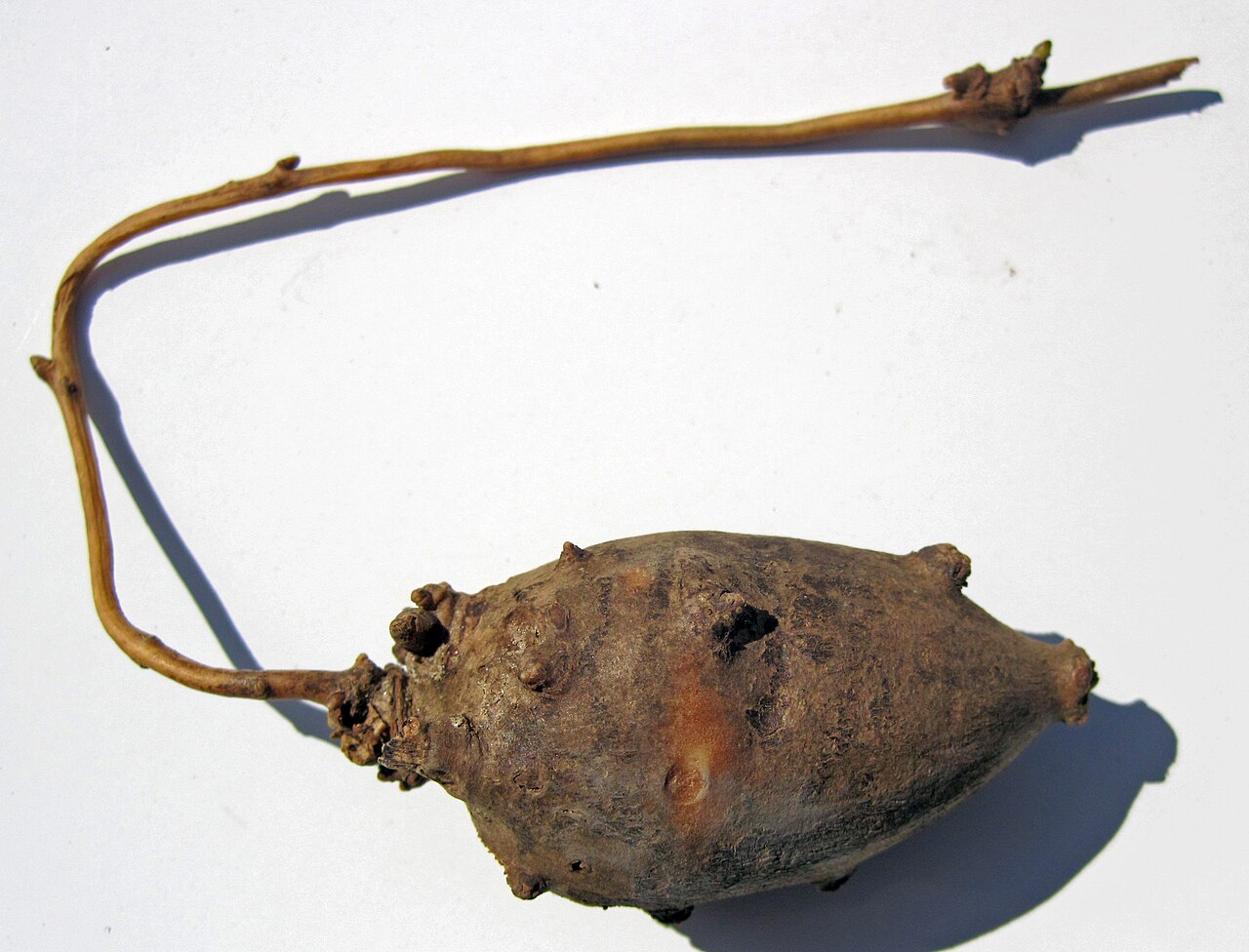 When is a potato also a bean and a nut? When it’s a groundnut or the potato bean. Apios americana is a Native american vine that grows from the Gulf of Mexico through New England.

It’s been growing in eastern North America for 9000 years. The bean seeds and the potato-like tubers are both edible. Native American and early European settlers gathered them for food and it probably was served at the first Thanksgiving. The tubers range in size from a walnut to a small avocado and grow on root strings underground like peanuts. They have less starch and 3 times the protein of potatoes. Peel the mild flavored tubers before roasting, baking, mashing or frying them. And watch out, I think groundnuts may be making a big come back!

Many permaculture advocates love these vines because they’re a legume that grows well in polyculture settings with other trees and shrubs. Plus, they’re native, so you know they’re well adapted. Groundnuts grow 6 to 12 feet tall and can become invasive in a garden setting. They’re best grown in moist soil in full to part sun in their own location. Let them twine up trees or poles or around shrubs. Some growers like to plant them in containers so they mature faster and are easier to maintain and harvest. In the wild they are often found along stream beds growing with poison ivy, so be careful to properly identify them before wild harvesting.

The vine is a perennial and after 3 years will produce large enough tubers for eating. These can be harvested anytime, but early spring is best. In late summer the vine will produce red or purple flowers reminiscent of wisteria, so it’s pretty too!