How to Grow: Controlling Japanese Beetles

Watch this video to learn about the life cycle of Japanese beetles and how to control them organically using sprays, hand picking and traps.

Control Japanese beetles, including how to trap and spray for them.

They’re here! Today I saw my first Japanese beetle lingering on a rose flower. In Japan these beetles aren’t much of a pest as natural predators and few lawns limit they’re reproduction. However, east of the Mississippi River, Japanese beetles feed on hundreds of fruits, vegetables, and flowers. 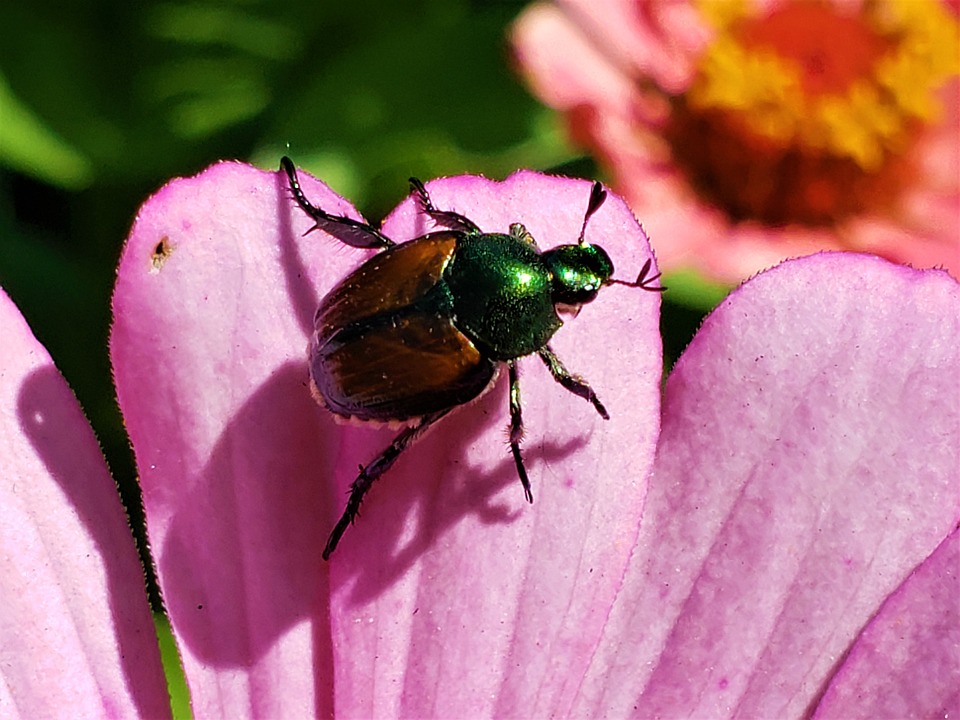 let’s get right to the controls. Handpick the adults in the morning while they’re still sluggish and drop them into a can of soapy water. Better yet place a sheet under the shrub and shake. The beetles naturally roll and drop onto the sheet where you can collect and kill them. Some gardeners mash one cup of beetles in a blender with water and spray them on plants as a deterrent. Yuck! Otherwise spray Neem oil to deter beetles or pyrethrum to kill them outright. Hang Japanese beetle traps away from your plants, on the edge of your property, and upwind so beetles find the trap before they find your garden.

For long term control, spray beneficial nematodes on your lawn in late August. Japanese beetles lay eggs in lawns close to where they were feeding. The eggs hatch in late summer and the nematodes will parasitize the grubs. Also, stay tuned for new products using geranium flowers to kill Japanese beetles.

Now for this week’s tip, it’s time to plant that last crop of bush beans. Rip out the bolting spinach, old radishes, and gnarly lettuce and plant bush beans to harvest in early September.