How to Grow: Controlling Cucumber Beetles

Listen to this podcast on how to control cucumber beetles in the vegetable garden. 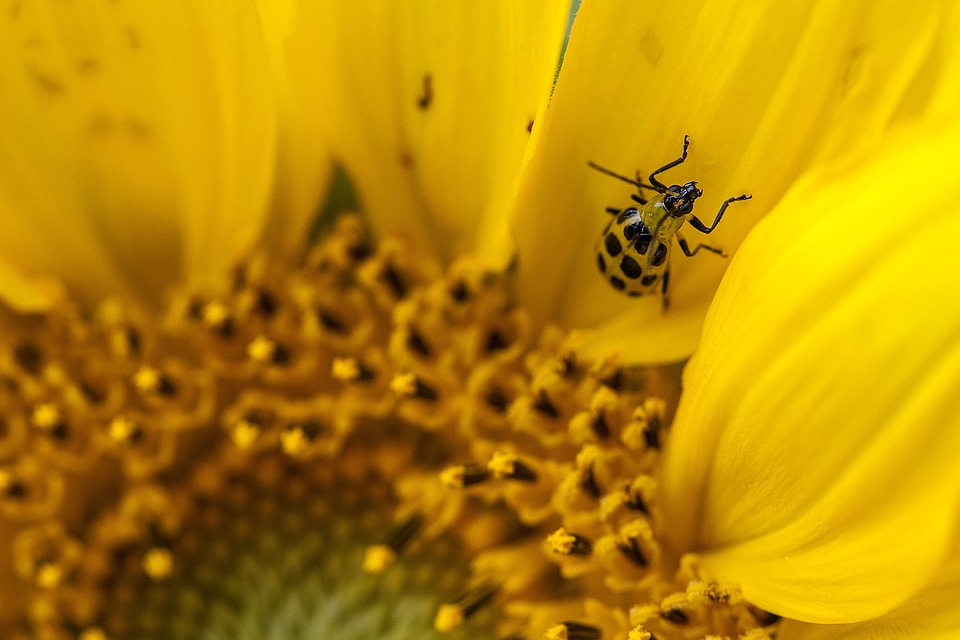 They’re small, black and yellow and seem like they shouldn’t be a problem in a vegetable garden. But they are! The cucumber beetle comes in two versions. The black and yellow striped or spotted species. Both cause damage to cucumbers, melons, and squashes by feeding on young transplants and seedlings and flowers and transmitting bacterial wilt disease to plants. For such a small insect, they can pack a wallop.

To control them you should know a little about their preferences. Cucumber beetles overwinter in grassy and weedy areas and forest edges. They emerge in spring when temperatures climb into the 50Fs. The beetles feed on the pollen of flowers and other plants until their favored host, cucumber family plants, emerge. Then they descend. They’re attracted to the color yellow, thinking it’s a cucumber, melon or squash flower. You can use that preference to trap them with yellow sticky cards, hung above the plants and coated with tanglefoot. This sticky substance traps the beetles when they land and kills them.

Another control is to delay planting for a few weeks in spring to allow the beetle population to spike. This will lead to less damage. Probably one of the best controls is covering your cucumber patch with a floating row cover or tulle. These block the migrating beetle from reaching your plant. You should check periodically, though, for any beetles that emerge under the covering and remove the cover during flowering for pollination. Which leads me to crop rotation. Don’t plant cucumber family crops in the same bed for 4 years to avoid having the population buildup.

Also, spray kaolin clay on the cucumber plants when young. The adult beetles don’t like the dustiness of the clay. I’ve also had success growing cucumbers on straw bales. Maybe it’s the added elevation or lack of garden soil in the bales, but those cucumbers had few problems.