How to Grow: Companion Planting

Learn about companion planting, including what plants grow well next to other plants and which to avoid. 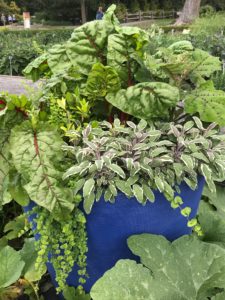 Gardening is known for its folklore. Some of these old wives tales have some truth to them and others, not so much. I often get asked about companion planting for insect control. Although many say plants such as onions, marigolds and rue can deter pests, scientifically, few of these folklore remedies have been proven.

It might happen that you get fewer pests on your tomatoes if onions are growing nearby, but that may be due more to weather or just coincidence. One common companion flower often touted is the marigold. However, modern marigold varieties don’t have a pungent repellent scent. Researchers did found that if you grew the French marigold for 3 months and tilled it under, it will ward off nematodes from the soil. But nematodes are hardly a problem in Vermont.

So, instead of trying to match the right vegetables together or avoid ones that don’t like each other, a better idea is to grow a diversity of plants, including some well-known beneficial insect attractors.

We’ve all heard about planting garlic near roses. But a better herb would be tansy. Ladybugs and lacewings love the yellow tansy flowers and these beneficial insects love the aphids that feed on roses. Planting tansy near potatoes was found to greatly reduce the number of Colorado potato beetles on the plants.

In my garden I always plant extra fennel, dill and cilantro. I let some of these plants flower because these herbs are some of the best at attracting beneficial insects. Plus, they look kind of pretty in the garden, too. Strategically plant them in different parts of the garden so beneficial insects will be broadly distributed.

Learn about a wide variety of annual and perennial vines to grow including mandevilla, passion flower, trumpet vine, honeysuckle and morning glory. Includes varieties, how to grow, prune and fertilize the vines and fall and winter care.