How to Grow: Witchhazel

Learn how to grow witchhazel shrubs including information on spring and fall flowering varieties. 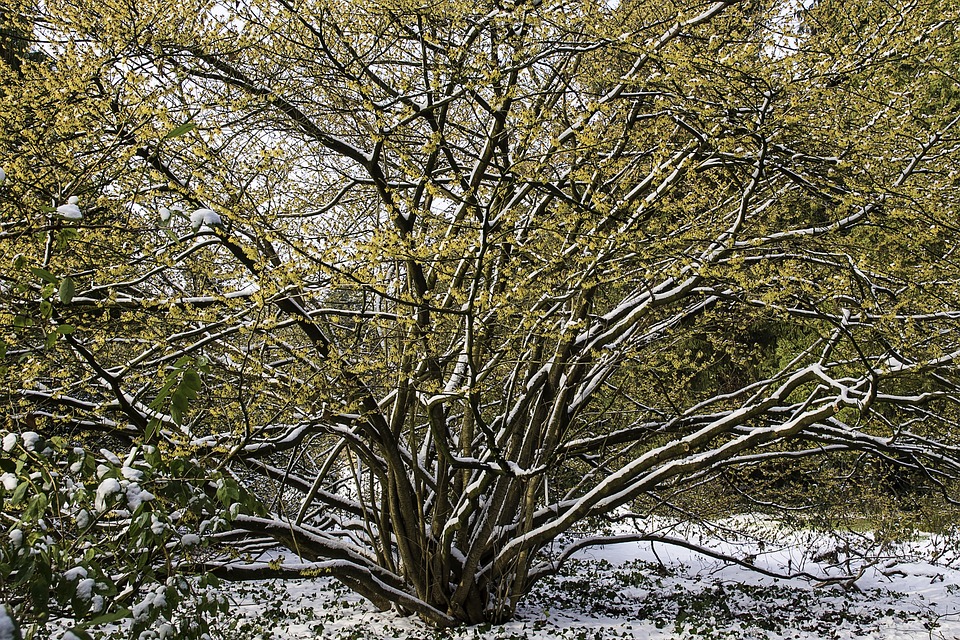 In fall after the foliage has dropped or late winter before the foliage emerges in yellow, orange, red depending on the species. It has colorful fall foliage as well.

I’m always pleasantly surprised by witchhazel. Witchhazel is an unusual plant in the shrub world. Depending on the species you’re growing it will bloom in late fall after all the leaves of deciduous plants have dropped or late winter before any other shrubs have leafed out. The spider-like flowers are small, but noticeable, since they cover the shrub and there are no leaves to interfere with the viewing. The flowers come in yellow to almost red coloring and have a slight fragrance. Witchhazel also has beautiful golden fall foliage making it a good choice in the autumn garden. This large, woody shrub is shade tolerant, so is a good plant for working into woodland settings.

While some species of witchhazel are native to our area, there are species that are marginally hardy in cold parts of New England. Check your hardiness zone before purchasing. Purchase plants from a local garden center and grow witchhazel from spring to early fall in well-drained, moist, slightly acidic soil. Space plants 10 to 12 feet apart.

Water witchhazel well and mulch with pine needles or wood chips to keep the soil consistently moist and slightly acidic. In spring, add a layer of compost and an acidifying fertilizer to keep the plant growing healthy.

The native witchhazel (H. virginiana) needs little care. Prune to remove dead, diseased and damaged branches in spring and to shape the shrub. Prune to remove suckers from the base of the plant if they start crowding the branches. Witchhazel can be slow to grow, so give it plenty of room to fill in. For marginally hardy witchhazels, consider driving four stakes around the shrub and wrapping burlap around the stakes to protect the plant from winter winds. Place the burlap up after flowering in fall or remove the burlap early enough in late winter to enjoy the flowers.

In a mixed shrub border, grow witchhazel with other large deciduous shrubs such as weigela, lilac and viburnum. Grow witchhazel in a location where it can grow to its full size and where you can enjoy the flowers in late fall or winter. Consider planting in groups in a woodland setting under tall deciduous trees such as oaks. 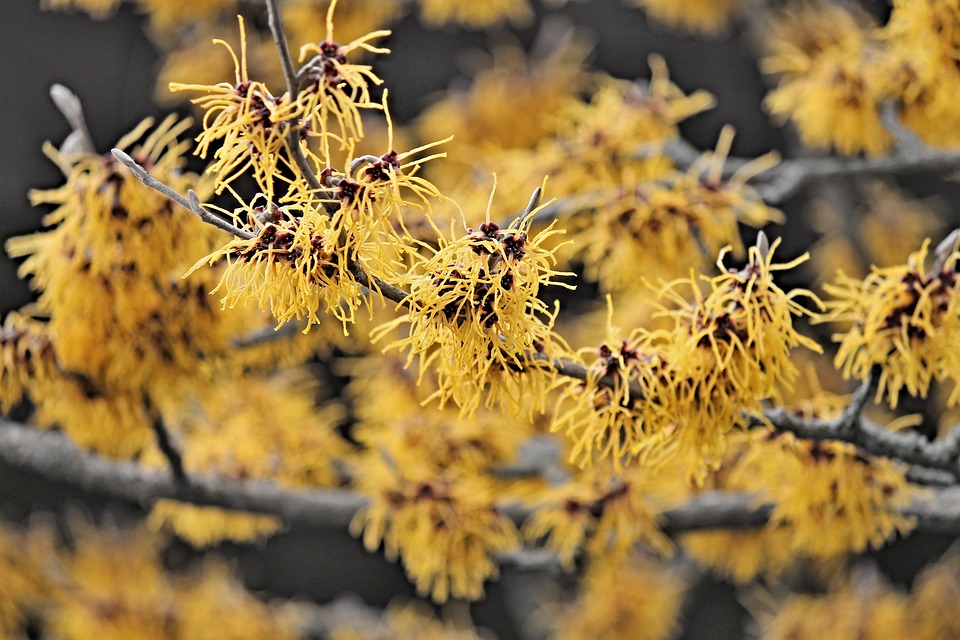 This native shrub was named by the famous botanist Carl Linnaeus. He saw the leaves, flowers and previous year’s fruits on the shrub all at once so he called it “hama”, in latin meaning, “at the same time”, and “melis” for its fruits. Hence the botanical name Hamamelis or it’s commonly called witch hazel.

Witch hazel is unusual in the shrub world because it produces spider-like flowers in colors of yellow, orange, or red either in late fall, as the leaves are turning color, or early spring before leaves come out. The native witch hazel, Hamamelis virginiana is the species used medically to make a commonly used astringent from the bark and wood. It’s hardy to zone 3 and grows 10 to 20 feet tall and wide, so has limited landscape uses. Luckily, there are new varieties of this species that grow more compact, such as ‘Little Suzie’ and ‘ ‘Harvest Moon’.

For the late winter/early spring blooming types, try the Hamamelis vernalis varieties such as ‘Sandra’ and ‘Autumn Embers’. These are hardy to zone 4, have a strong fragrance and are more tolerant of clay soils than the autumn blooming types.

There are also some Chinese and Japanese hybrids that are hardy in warmer parts of our area. ‘Arnold’s Promise’ and ‘Jelena’ offer colorful, late winter blooms.

Witch hazel are care free shrubs. Grow witchhazel in full sun or part shade. They do best in well-drained soil and have few pests, although deer seem to like munching on ours occasionally. Many sucker freely to form a nice informal hedge. Consider adding a few to your landscape with hollies, viburnums and dogwoods to add some color in winter.