How to Grow: Cleome 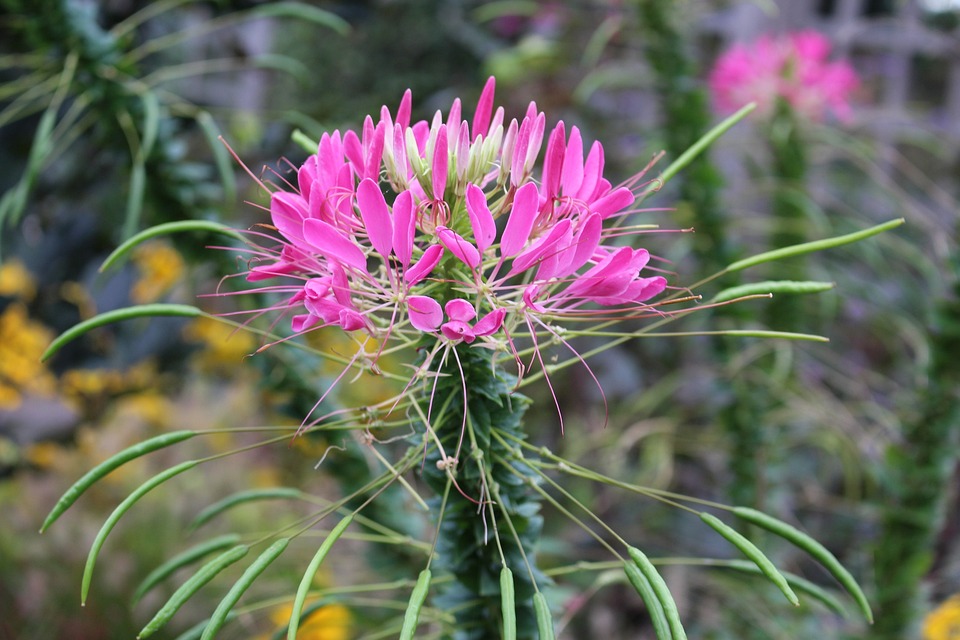 Early summer until fall in colors such as white, pink, lavender and rose

Cleome or spider flower is often overlooked as a seedling in garden centers because of its nondescript, almost weedy, appearance. However, once established in the flower garden, cleome puts on a dazzling summer flower show until frost. It’s a tall, thorny-stalked annual with spider-like flower heads. When planted in groups it gives the impression of a flowering shrub. The flowers can have a musky odor, but that doesn’t stop hummingbirds and butterflies from flocking to this flower all summer. Once the flowers have past the seedpods spray cleome seed on the ground so you’ll have a patch of them, for better or for worse, next year as well.

Plant cleome seed on fertile beds in spring after all danger of frost has passed. Don’t bury the seed as it needs light to germinate. Simply press seed into the soil and keep it well watered. You can also purchase cleome transplants from garden centers or start them indoors under grow lights 6 weeks before your last frost date. Direct seeded cleome will start blooming later than transplants, but if you’re growing many plants this is a less expensive way to grow them.

Plant in full sun, thinning or spacing individual plants to 1 foot apart. Plant where you won’t have to brush against the stems often since many varieties have thorns. Look for newer hybrid thornless varieties if that becomes an issue.

Cleome don’t usually require extra feeding so if you have fertile soil, no additional fertilizing will be needed. Plants not thinned properly and grown too close together will be shorter with smaller flowers and may be yellow due to lack of nitrogen from the competition. Keep seedlings well watered. Once established cleome is drought tolerant.

Cleome have a strong propensity to self sow. It’s not unusual to see hundreds of baby cleomes growing in your garden the following spring. If you want to limit the amount of seed being sown, deadhead spent flowers before the seedpods brown and mature. You can also grown newer hybrids that produce sterile seeds.

Grow cleome in masses for drifts of colors. Cleome pairs well with shorter growing annuals and perennials, such as sedum and mounding zinnias, since the bottom cleome leaves often yellow by late summer. The flowers will still look good in the back of the flower border, but the foliage from other low growing plants will hide the bare cleome stalks.

‘Senorita Rosalita’ and ‘Senorita Blanca’ are two new hybrids that are thornless and produce sterile seed.

The ‘Queen Series’ features tall, sturdy plants with flower colors such as white, rose and violet. It self-sows readily. The ‘Sparkler Series’ has short, bushy plants that are good in containers.