How to Grow: Flowering Quince

Listen to this podcast on how to grow and are for flowering quince or Chaenomeles in the landscape. 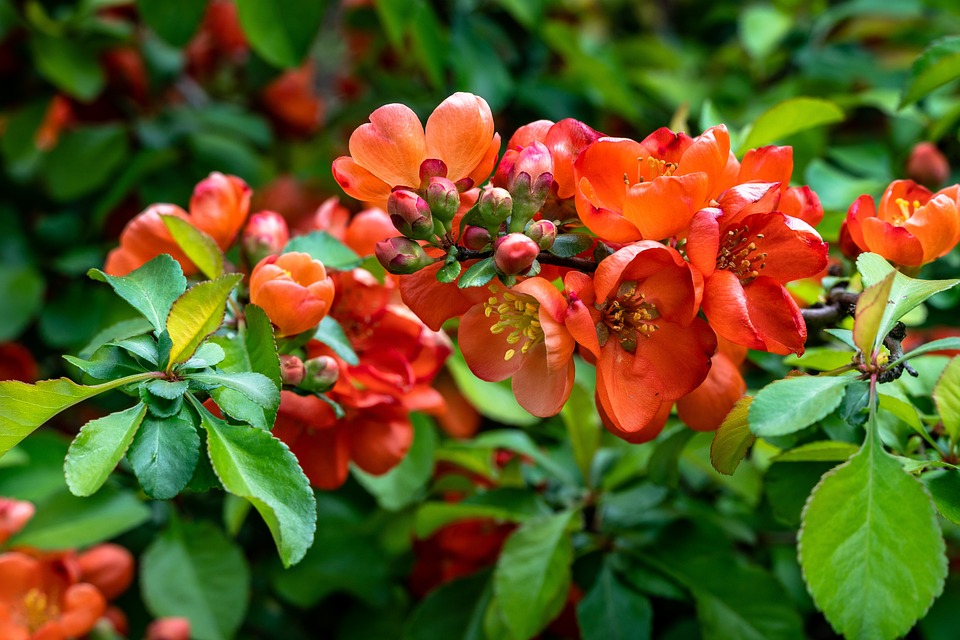 With the sudden change in weather going from snow storms to 70 degree temperatures, flowers are a bit confused. Although not spring yet, the warm spell pushed along some early flowering shrubs. And one of the earliest is the flowering quince.

Flowering quince, or Chaenomeles, is native to Asia. It grows into a gangly six-to-10-foot-tall and -wide shrub.

This Zone 5 plant has colorful flowers that bloom in April.

They form before the leaves come out, blooming all along the stem in bright reds and oranges. Older varieties are thorny, flower for only a week or so, and grow wildly. They also form fruit that can be messy later in the season, but more on that later.

On the plus side, flowering quince is an easy-to-grow shrub, and newer hybrids have made it more attractive. The Double Take Series features three-to-four foot shrubs with pink, orange, or red double flowers for better viewing. There are no thorns or fruits, and they’re drought tolerant.

I grow the pale peach colored Cameo for its stunning blooms.

But now back to the fruits. Flowering quince is related to the tree quince that some may remember as a popular pear-shaped fruit used in cooking. Eating either tree or shrub quinces fresh isn’t advised since they’re so bitter. But cooked they’re aromatic, tasty, and high in pectin so good for making jams and jellies.

Unfortunately, since the newer flowering quince varieties don’t produce fruit, you might want to grow some older varieties too, such as Texas Scarlet. Maybe plant some of each for the beautiful flowers and for cooking.

Excerpted from the Connecticut Garden Journal