How to Grow: Tiger Lilies

Listen to this podcast on how to grow Tiger Lilies. 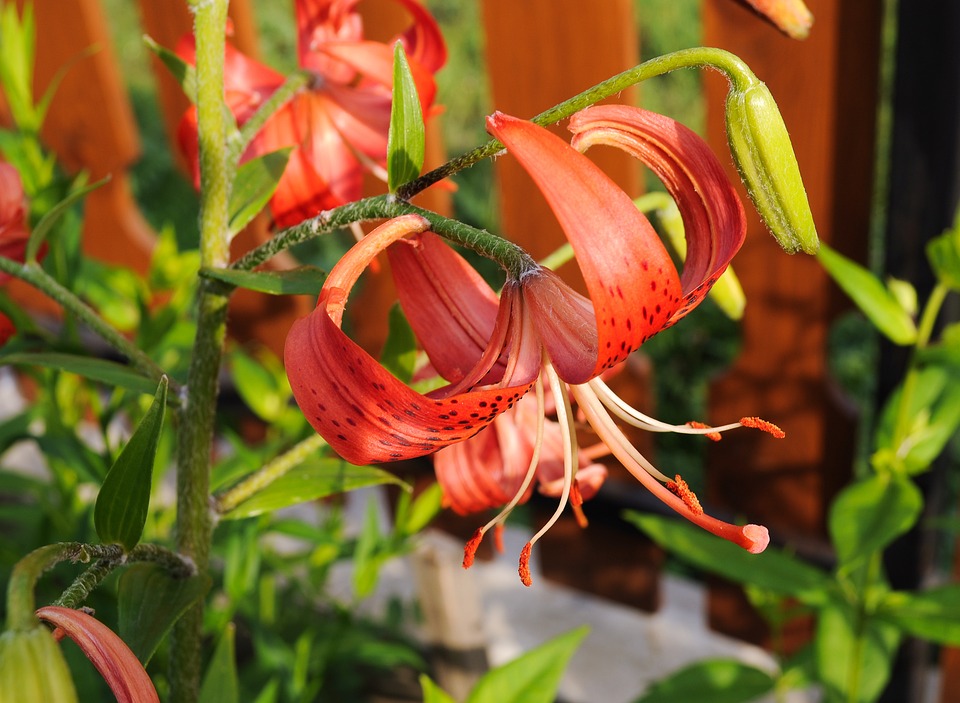 The Korean folk story goes that a hermit saw a tiger that was wounded by an arrow. The hermit helped the tiger by removing the arrow and they became friends. When the tiger died, the hermit used his magical powers to turn him into a lily. When the hermit died, the tiger lily started spreading looking for his friend. Tiger lilies are still searching and spreading around the globe ever since.

Tiger lilies or (Lilium lancifolium), like the character in Peter Pan, are strong and resilient plants. Native to Asia, tiger lilies have naturalized in the United States and can be found in the wild. These bulb lilies are known for their tall stature and abundant flowers. A tell tale tiger lily trait is the nodding colorful blooms with spots on the petals. There are selections in colors including orange, white, pink and red.

Tiger lilies grow up to 4 to 5 feet tall and best in full sun. They will spread from bulblets, so be ready to weed seedlings out in spring or let them naturalize in the garden. Tiger lilies bloom in mid summer after other lilies have faded to extend the lily flowering season. They grow in a wide range of soils, but may need staking in windy locations. In fall, cut the plants to the ground and discard to reduce disease. Plants return each year with little care.

One of the few pests of tiger lilies is the red lily leaf beetle. Although the beetle prefers the oriental and Asiatic lilies, you’ll find it on tiger lilies as well. This time of year handpick the adult beetles and spray neem oil on the larvae to thwart it.