How to Grow: Stopping Invasive Plants

Learn about invasive plants, including how to stop their spread. 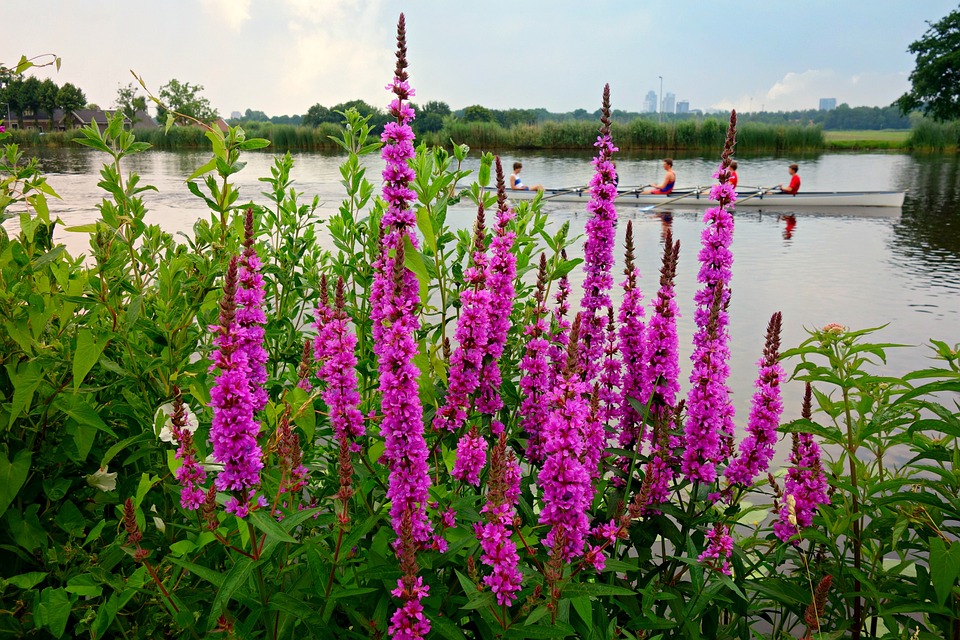 We all enjoy the sweet smell of honeysuckle flowers in spring, the purple colors of loosestrife in summer, and the red glow of burning bush

leaves in autumn. However, all three of these plants are considered exotic invasives in Vermont. So why should we care that these plants have invaded our ecosystems? Well, even though plants do naturally spread over time, exotic invasives spread quickly reducing biodiversity, choking out native plants, and becoming a weed in the landscape.

These plants arrived in Vermont by accident and misguided intentions. Purple loosestrife seeds arrived stuck to livestock hair. Bush honeysuckle was planted as a conservation shrub along roadsides, unfortunately it quickly got out of control. Many water weeds were originally used as aquarium plants but got dumped into waterways when people were cleaning out their fish tanks.

As a home gardener you’re the first line of defense against invasive plants. The initial step is to properly identify them. Go to the Vermont Garden Journal on Vermont Public Radio at VPR dot net for links to invasive plant lists. When you encounter them, rip them out. Burn, or send to the landfill, woody plants and compost herbaceous plants that haven’t formed seeds.

Now for this week’s tip, man, it’s been hot out there. Prolonged temperatures in the 90Fs can cause leaf scorch on maples, rhododendron, and other bushes. Though not seriously harmful, keep plants watered deeply and mulched to prevent damage.