How to Grow: Cilantro

Learn all about how to grow cilantro, if you dare.

My family is split on cilantro (Coriander sativum). I love it in Asian and Mexican foods, such as stir fries, soups, salsa, an 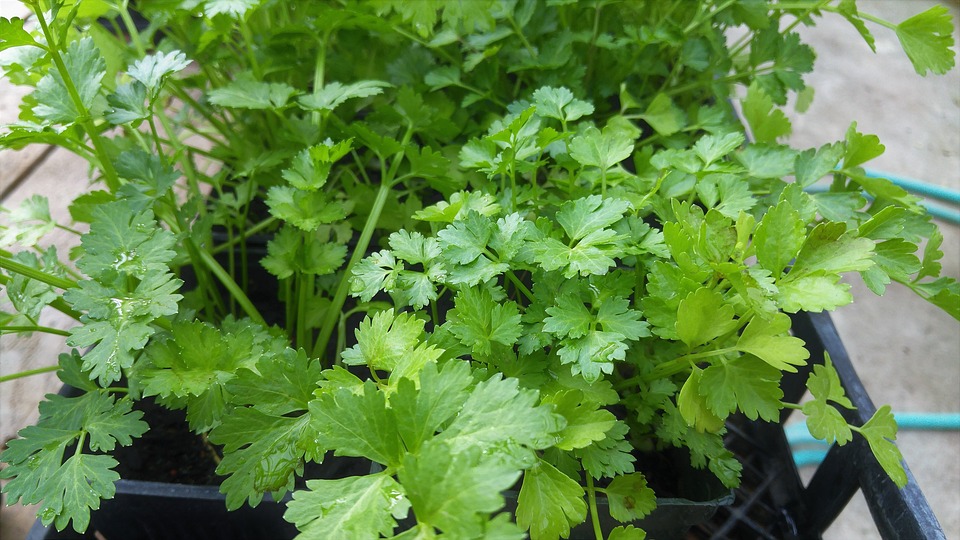 d burritos. My wife, Wendy, hates the flavor of it. She even will pick it out of dishes at restaurants. I love my wife, but I think she’s in the minority when it comes to cilantro. Cilantro is exploding in popularity due to the interest in Latin and Asian cuisines. It’s easy to confuse the look of cilantro with Italian flat-leafed parsley. However, while the leaves look similar, the taste is dramatically different. Cilantro leaves have a pungent tang. If allowed to flower and go to seed, the seeds are known as the spice coriander. Coriander is an essential ingredient in Middle Eastern, Indian and many other ethnic cuisines.

If you’re growing cilantro for the leaves, it needs to grow while it’s still cool. As soon as it warms up, the plants send up a flower stalk. That might be fine if you’re going to collect the seeds for coriander, but most people are interested in the leaves for cooking. Sow seeds around your last frost date — usually May in our region. Keep planting small batches in spring and summer as long as the air temperatures stay cool. Plant again in late summer for a fall crop.

Amend the soil with compost before planting. Sow seeds in the garden or a container, 1 inch apart in rows spaced 1 foot apart. Once the second set of leaves form, thin seedlings to 4 inches apart. Plants not thinned properly will bolt (produce a flower stalk) faster. Use the thinnings in salads. Cilantro plants have a tap root, so don’t transplant easily. It’s best to plant seeds where the plants won’t have to be moved or plant seeds indoors in peat, coir (coconut fiber), or cow pots that can be planted, pot and all in the garden. Sow seeds every 2 to 3 weeks during the summer to harvest a continuous supply of leaves. The warmer and drier the conditions, the faster the plants will bolt.

Keep plants well watered and weeded. Drought stress or overcrowding from weeds will cause the plants to bolt faster. Mulch around plants with an organic mulch such as straw or untreated grass clippings, to keep the soil moist and weed free. Pull and compost plants as soon as they start flowering unless you’ll be collecting seeds for coriander.

Cilantro has the tendency to self-sow and reseed itself readily. I haven’t planted cilantro for years, but every spring I see seedlings popping up everywhere. I just select the ones I want to keep and thin out the rest. Cilantro has few pest and disease problems.

Begin harvesting leaves once at least 2 stems have formed. Pick the lower leaves first. These have more flavor than the thinner, upper leaves. Pick and use as needed fresh in salads and for cooking. Leaves from plants that are flowering have a milder flavor.

If growing cilantro to produce seeds (coriander), let the plants flower and harvest the seed heads once they turn brown. Hang the heads upside down in a well ventilated room in paper bags. As they mature and dry the seed will drop into the bag. Grind the seed to make coriander.

‘Santo’ and ‘Slow Bolt’ are two varieties are slow to go to seed, making for a longer harvest time.

“O soapy flavor. Why pollutest thou my food?  Thou makest me retch.” That’s hardly a ringing endorsement for an 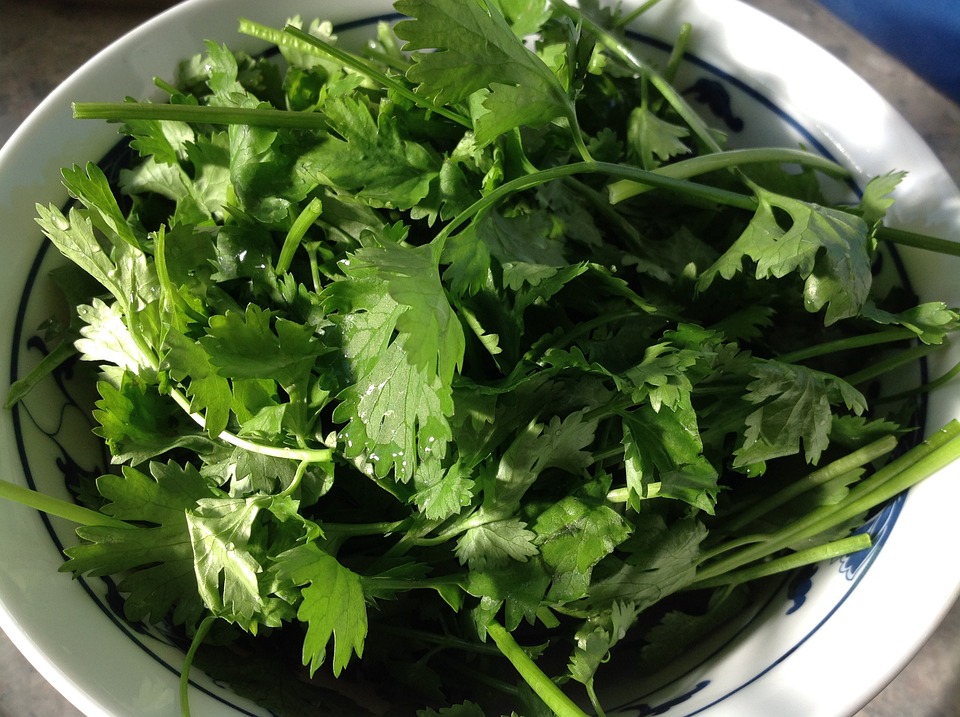 herb, but unfortunately some people feel that way about cilantro. It’s estimated that 17% of people with European or East Asian ancestry and 14% of people of African descent say cilantro tastes like soap. While less than 7% of south Asians, Latin Americans and Middle Easterners feel that way. It’s a genetic tendency and a 50-50 split in my house. I love cilantro in salads, soups, shakes and pesto while my wife Wendy goes to great lengths to pick out cilantro sprigs from any dish she orders.

Cilantro is a fast growing, cool season herb that if left to flower and fruit produces coriander seeds. The key with growing cilantro successfully is starting early in spring once the ground has dried and warmed and sowing seeds or transplanting seedlings into raised beds. Stress is cilantro’s foe. Too much heat, too little water, too many weeds, or over crowding cause cilantro to bolt, reducing the  number of leaves it produces. So, plant small batches of cilantro every few weeks into early summer and again starting in late summer for a continuous harvest. Unless you want to harvest coriander seeds, pull and compost bolting plants. Try growing slow to bolt varieties such as ‘Calypso’ and ‘Santo’.

Parsley likes similar growing conditions as cilantro, but is less finicky. Start parsley seed indoors now or buy transplants. Parsley makes a great edible ground cover combined with petunias and other brightly colored flowers. It can withstand frost growing into early winter in the garden. Plus, it makes one mean green shake! Italian flat leaved parsley varieties tend to have more flavor and are easier to clean than curly-leafed varieties.

Now for this week’s tip: Spray fruit trees now with a horticultural oil before the leaves emerge. This oil will coat overwintering insects and eggs reducing the amount of pests you have to control.