How to Grow: Tamarack

Learn how to grow tamarack trees, including varieties and how to plant and grow them. 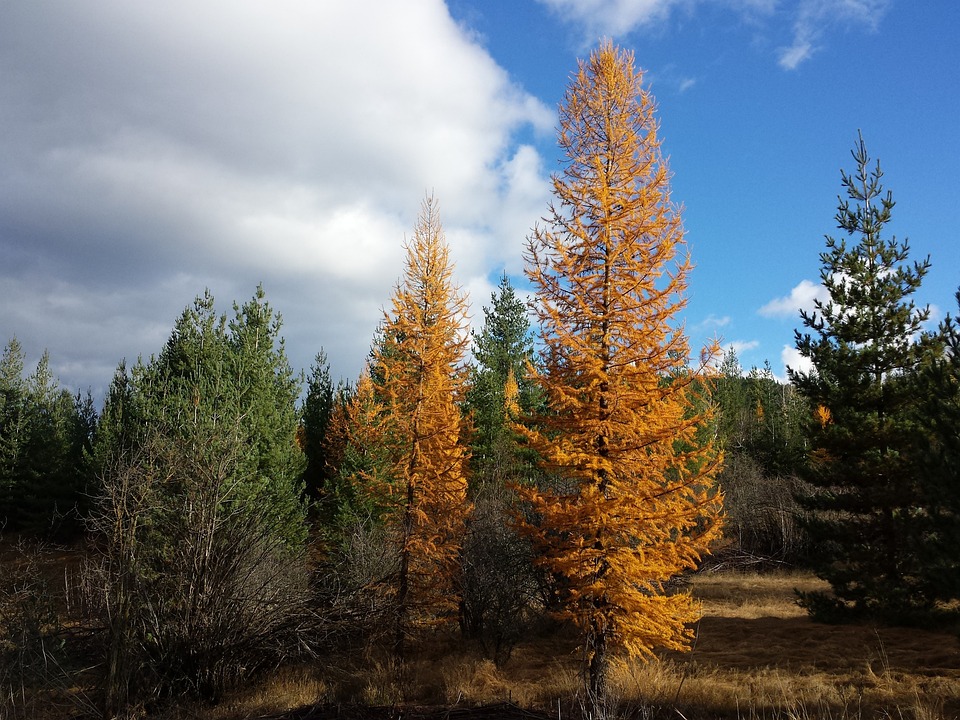 This native, eastern North American tree is unique. It has needles like other evergreens, such as spruce and pine, but it’s a deciduous tree. The bluish-green needles are attractive in summer and turn a golden yellow in late fall. American tamarack is one of the last trees to turn color in autumn. I’ll often see wild stands of tamaracks in late fall with brilliant golden foliage, often standing out in an otherwise defoliated deciduous forest. However, the needles then drop for winter. Tamarack trees have a slow to medium growth rate. Grow tamarack trees in groves for the most dramatic effect. Dwarf and weeping versions of tamarack look great in gardens. Tamaracks do produce cones, but they are small, egg-shaped and not particularly ornamental.

American tamarack needs cool, moist soils to thrive. Grow tamarack trees near streams or in wet areas. American tamarack is most suited to a naturalized setting. Fertilize young trees with compost and an acidifying fertilizer. Once established, they should grow fine without additional plant foods.

American tamarack trees don’t grow well in lawn settings, in the shade, near air or water pollution or on hot sites. European larch (L. decidua) is more tolerant of these conditions. It really is a native tree that thrives in its natural environment. Birds and other wildlife enjoy these trees for food and shelter. Remove dead limbs anytime as they occur. Aphids can be a problem on new growth. Spray insecticidal soap to kill them on young trees. On tall, mature trees let ladybugs and other predators come to feed on the aphids.

Grow tamarack trees in a woodland setting, abandoned meadows, wetland areas and generally in any location where wild American tamaracks will thrive. Grow tamarack trees in groups or groves for the most dramatic fall color effect. Plant dwarf versions of these trees in the garden as an unusual specimen tree. Weeping tamarack has a cascading growth pattern that makes for an interesting small tree in a garden. American tamarack is also commonly used as a bonsai tree.

This tree has highly prized, rot resistant wood, good for building. In fact, the city of Venice, Italy was built mostly with this wood. It grows in the bleak tundras of Canada and Siberia, but also is abundant in European forests. It’s used to make bonsia trees and is one of the last trees to turn color in the fall. What tree is it? It’s the tamarack or larch tree.

The most common larch are species native to Europe and North America. They grow in cold, northern areas, and are hardy to zone 2. They’re unusual because although they have needles like pines, they’ re deciduous and drop their needles in winter. Their late fall golden color is striking especially since is occurs often after all the other deciduous leaves in the forest have fallen. Larch is a large tree that can grow to more than 100 feet tall, although the eastern larch in our area grows a bit shorter. They grow well in wet soils and look best planted in groves.

But you don’t need acres of land to enjoy larch trees. There are dwarf and weeping versions that make for interesting specimens in the yard. Weeping larch only grows as tall as it’s staked and, if not staked, can be pruned to grow like a ground cover. Dwarf varieties, such as ‘Deborah Waxman’, only stand 6 to 8 feet tall and can be pruned to grow in a more bush-like form. All larch have soft, light green needles in spring that turn a bluish-green in summer before their fabulous, golden fall color.