How to Grow: Montauk Daisy

Listen to this podcast about how to grow Montauk daisy in your garden. 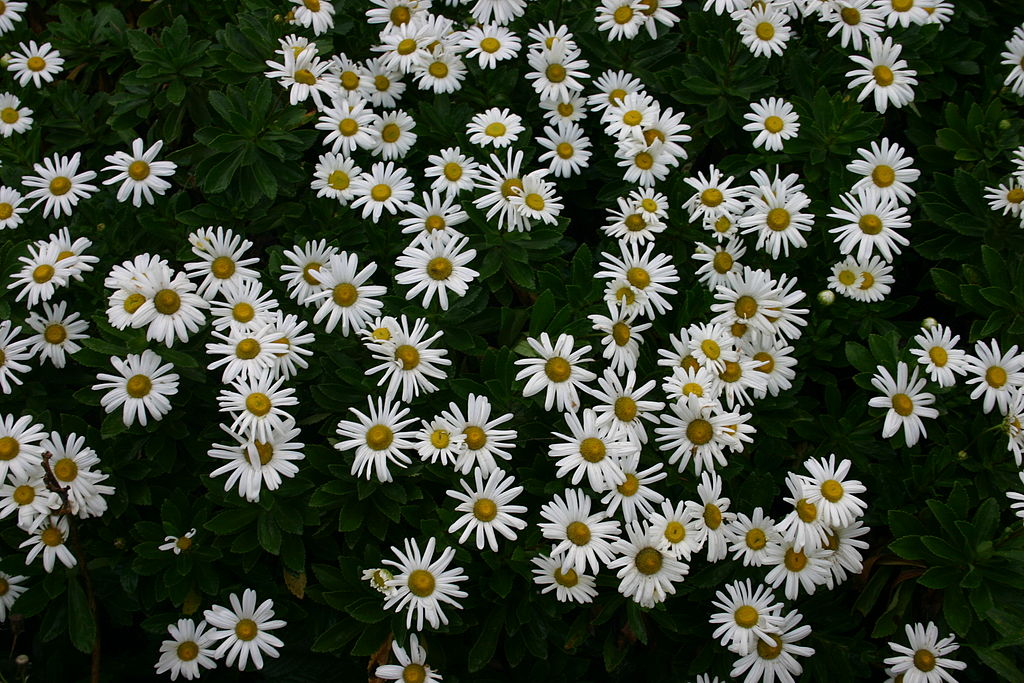 This extended warm, fall weather has me appreciating late blooming perennial flowers. Certainly we’re all familiar with asters, sedums, and chrysanthemums, but one that has more recently shown up on my radar is the Montauk daisy.

The plant is hardy to USDA zone 5. Grow Montauk daisy in full sun and on sandy soils for the best results. It’s salt and drought tolerant and has naturalized on the eastern tip of Long Island, hence the common name. It’s also called the Nippon daisy because it’s native to Japan.

However, I’ve seen it growing all over — far way from the shoreline — as long as the soil is well-drained. This beautiful flower starts blooming in mid-to-late summer and continues until a hard freeze finally kills the blooms and foliage. And with this frost-free fall, it’s blooming its head off!

The blossoms resemble shasta daisies, one of its parents. Grow Montauk daisy in a sunny perennial garden with other fall bloomers — such as blue asters — for a nice color contrast.

They make good cut flowers and butterflies love having a fall pollen and nectar source in the garden. The foliage is attractive even when the plant isn’t flowering. Plus, the plant and flowers are not attractive to deer or rabbits.

To keep this perennial compact, prune it back in early summer to force side branches to form with more flowers on bushier growth. Deadhead to keep the plant blooming. Every few years divide Montauk daisies in spring if the clump gets crowded and has fewer flowers.

Excerpted from the Connecticut Garden Journal.

Go here for a video on how to divide perennials