How to Grow: Impatiens

Learn how to grow impatiens including disease resistant varieties of this flower.

How to Grow: Impatiens 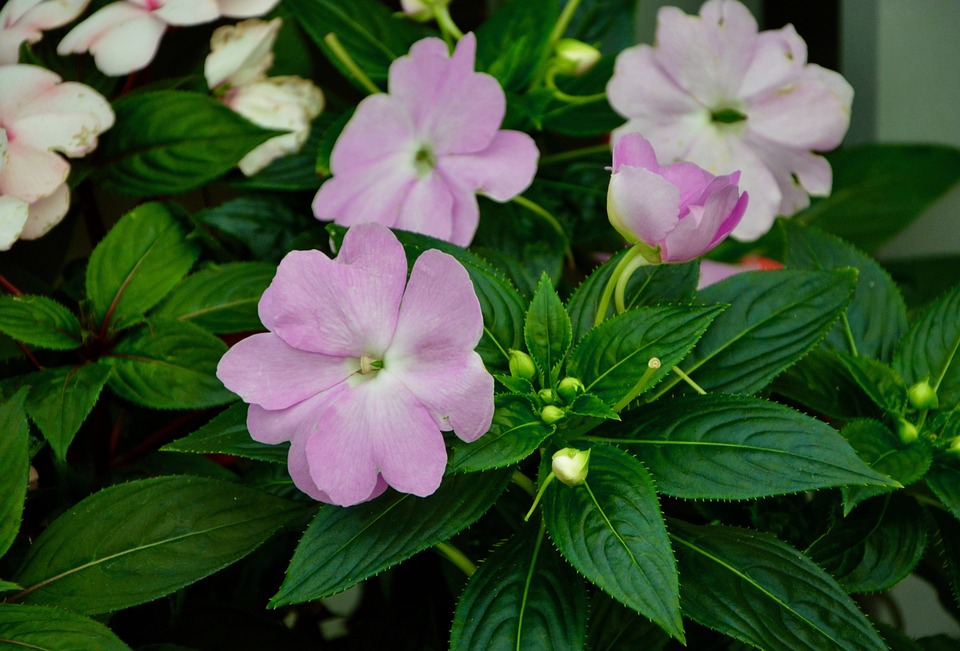 spring until frost in colors such as white, pink, red, orange, purple and bi color

Impatiens is the classic shade-loving annual flower that brightens up dark areas with its colorful flowers. You’ll often see garden centers loaded with a rainbow of impatiens flower colors in spring. This plant can be low trailing or tall depending on the variety. The New Guinea impatiens are taller versions of this popular flower, while the garden impatiens are the lower growing counterparts. The succulent stems produce single or double flowers (some even look like miniature roses) that bloom non-stop throughout the summer in shade given adequate moisture and not too hot conditions. Some varieties even have burgundy-colored leaves. Grow impatiens under trees or shrubs, in containers and hanging baskets and in front or shady perennial gardens.

Although you can start impatiens from seed 8 to 10 weeks before the last frost date indoors, it’s easier to buy inexpensive starts in garden centers in the spring. Impatiens are very frost sensitive, so wait until its time to plant basil and other warm season loving plants to transplant impatiens. Grow impatiens in part sun to part shade, but not full shade if you want full flowering. New varieties of impatiens can tolerate more sun and still grow well. Plant trailing impatiens 6 to 10 inches apart in beds on well drained soil. Give taller impatiens 1 foot spacing.

Keep plants well watered, especially if growing in part sun. This will help keep them flowering. However, poorly drained soils can lead to stem rot diseases. Space plants further apart if diseases, such as mildew, are an issue in your landscape. Fertilize monthly with an organic plant food. Pinch back long, leggy stems in mid season to encourage more flowering.

Unfortunately, the trailing impatiens have been devastated in New England recently by a new strain of downy mildew disease. This disease causes the leaves to yellow and drop leaving bare stems behind. Once established in your soil it can infect future impatiens plantings. Consider planting New Guinea impatiens, or new varieties such as ‘Sunpatiens’, that are resistant to this disease. Slugs and snails can also attack impatiens. Consider using traps or organic baits, such as iron phosphate, to thwart this pest.

Grow impatiens in multi-colored groups or in containers for a kaleidoscope effect. You can also pair them with attractive foliage plants, such as Japanese painted ferns, hosta and astilbe, adding color to a shade garden area.

‘Super Elfin Series’ features low growing, small plants. ‘African Queen’ is a tall yellow flowered variety. The ‘Divine Series’ of New Guinea impatiens grow 1 to 2 feet tall with a wide variety of colored flowers. ‘Sunpatiens Series’ is a cross between a New Guinea and trailing impatiens. It features 18 to 24 inch tall plants and colorful selections that tolerate sun and heat and resist to downy mildew disease. 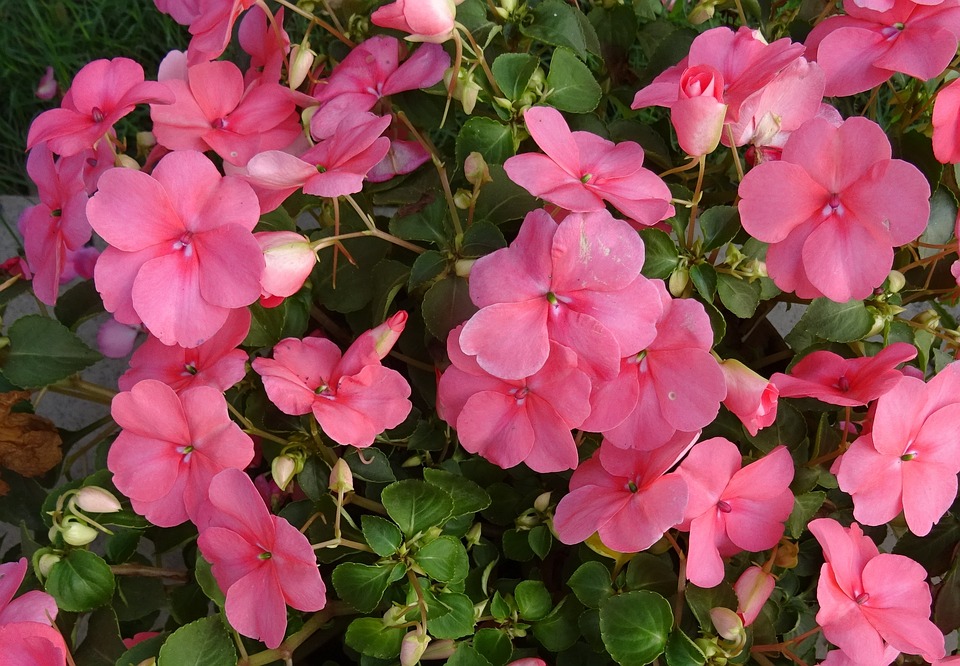 This flower is native to Zanzibar in Africa. It’s famous because of a plant breeder living and working in Costa Rica. It’s also called busy Lizzy or touch me not because the seed pods explode when you touch and send their seeds flying. In America, it’s one of the most popular bedding annuals we grow. It’s the impatiens.

Breeder Claude Hope first discovered impatiens growing as a weed in the Costa Rica. It was an escapee from Africa and Claude saw the potential. Impatiens are a succulent stem annual in a broad range of flower colors. They love part shady locations so are perfect in containers, hanging baskets and under trees. Some newer varieties, such as Sunpatiens, are even full sun tolerant.

This common flower has been fairly carefree, until recently. Downy mildew fungus is a common disease that attacks a variety of flowers and vegetables. There’s a strain that has been devastating impatiens plants up and down the East Coast. It has been reported last year in Vermont. Early signs of the disease are light green, curled leaves with gray markings and white growth on the leaf underside. In advanced stages the leaves drop and stems collapse. Unfortunately, once you have the disease all you can do pull out the plants.

Growers are limiting the amount of diseased transplants being shipped around the country this spring. But disease spores can also travel hundreds of miles on the wind. To avoid the problem, grow impatiens that are disease free purchased from local growers. Also, plant New Guinea impatiens, Sunpatiens or begonias which are all resistant to downy mildew.