How to Grow: Forcing Flowering Branches

Learn how to force flowering branches into bloom indoors weeks before they bloom outdoors. 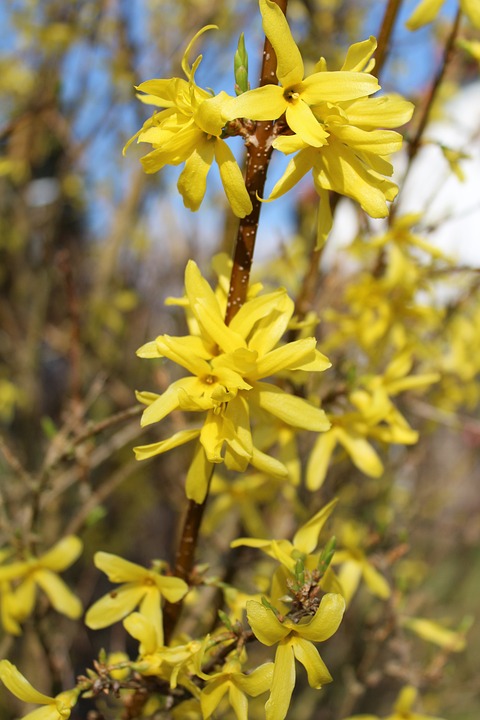 I love garden chores that, as they say, kill two birds with one stone. This chore will cheer up your home in winter and get your trees and shrubs in shape for spring. It’s called forcing flowering branches. When you prune crowded, broken or damaged branches in winter, many of the tree and shrub stems you’ll be cutting are perfect for forcing indoors. Their branches are loaded with flower buds and all they need is some warmth and water to open.

While branches of most shrubs and trees will open indoors when cut now, there are a few things to keep in mind. Trees and shrubs vary in the length of cold weather they need before they will start blooming. Forsythia will bloom from branches cut in January, while rhododendrons bloom better if cut in March. In general, the closer to the natural bloom time you force the branches, the quicker blooming and more uniform the flowers will be. In February, try cutting early bloomers such as pussy willow, witch hazel, forsythia, Cornelian cherry and fothergilla. In March, cut later bloomers such as lilacs, rhodis, crabapples, flowering pears, cherries and quince and redbuds.

When pruning, select branches at least ½ inch in diameter to insure they have flower buds. Cut branches at a 45 degree angle to the desired length and bring them indoors. Place the stems in a basin filled with hot water and recut the stem ends under water. Arrange the stems in vases mixing in some floral preservative. Place them in a sunny, cool room, moving them to a warmer room to accelerate the process. Mix early and later bloomers to have a continuous display and remember add a few fragrant stems of lilacs and daphne to perfume a room.