How to Grow: Cotoneaster 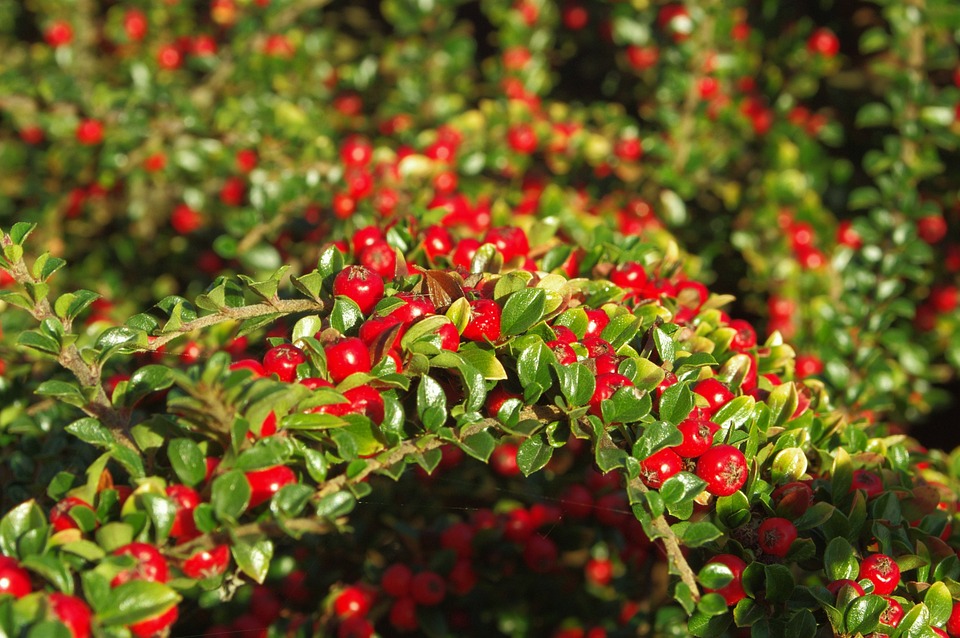 Cotoneaster is a low growing, colorful shrub with attractive small flowers, berries and fall foliage color. The long spreading branches look particularly attractive when grown to cascade down a wall or bank.  You can grow cotoneaster as a ground cover in front of a perennial flower or shrub border. Bees favor the pink flowers in spring. I really have never noticed this, but some people believe the flowers have an offensive smell. The plant remains nondescript until red berries and red colored fall foliage form in autumn. The berries are favored by birds and can hold on the plants for months. Cotoneaster is also a good choice for seaside homes since the plant in salt spray tolerant.

Depending on the species, cotoneaster is hardy to zone 4 in New England. Deciduous species are the hardiest for New England. Purchase plants from a local garden center and plant from spring to early fall in well-drained, fertile soil, amended with compost. Cotoneaster isn’t fussy about the soil type, but grows better in loose soil. Cotoneaster has a small root system, so carefully remove it from its container to plant. Plant at the same depth as the shrub was in the container spacing plants 3 to 5 feet apart.

Keep young plants well watered. Once established, plants are drought tolerant. Apply mulch, such as bark mulch or wood chips, in spring with to preserve soil moisture and keep weeds away. Fertilize monthly with a handful of an organic plant food.

Prune errant vertical branches to shape the shrub in spring and early summer. Mulch newly planted cotoneasters with bark mulch in late fall to protect them from winter damage due to freezing and thawing cycles. Older shrubs should be cold tolerant and won’t need mulch. Branches may root where they touch the ground allowing you to create new plants from the mother plant. Scale insects can attack cotoneaster. Spray plants with a horticultural oil to prevent damage.

Grow cotoneaster in rock gardens and perennial borders as a ground cover. They also look good in front of taller shrubs such as lilacs and spireas. Grow cotoneaster to cover a slope or cascade over a rock wall.

Cranberry cotoneaster (C. apiculatus) is a popular species version. ‘Peking’ cotoneaster is an erect version that can grow to 4 feet tall if not pruned. It has black berries and red foliage in fall. ‘Tom Thumb’ is a low growing variety that stays dwarf and has glossy dark green leaves that turn a vibrant red in fall. ‘Hessei’ grows 18 inches tall and spreads horizontally with good resistance to insects and diseases.