How to Grow: Bleeding Heart

Learn about grow bleeding heart plants including information on varieties. 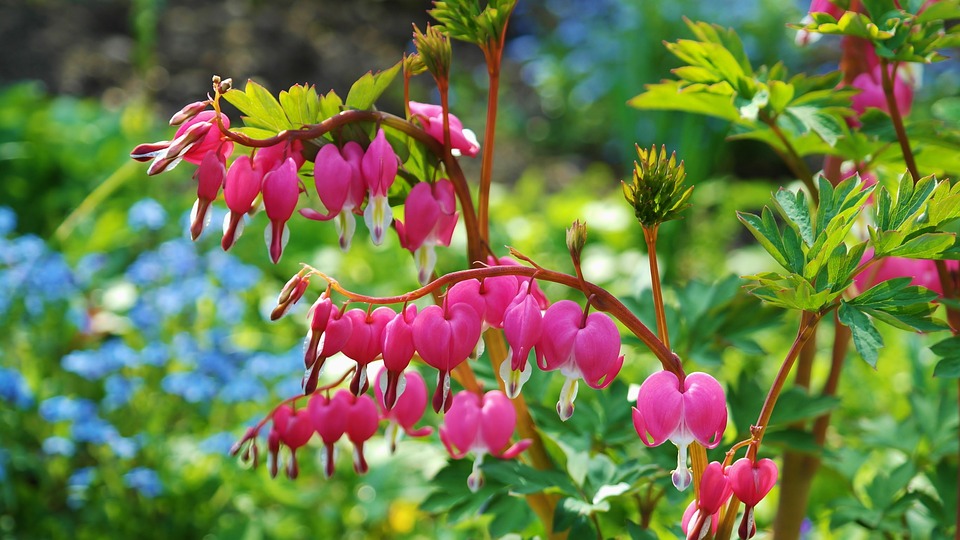 Spring in colors of red, pink and white

This eastern United State native plant is a beauty in spring with its characteristic heart-shaped flowers that come in red, pink or white. At the bottom of each flower is a colored “drop” that refers to the common name. The plant has fern-like or lobed leaves, depending on the variety. The flowers form on stalks in spring about the time late flowering Hellebores bloom. They grow best in part sun or shade adding brightness to a woodland planting or shade garden. The plant can actually get quite large when mature. After flowering, they slowly die back and go dormant so that by mid summer there’s no sign of your bleeding hearts. It’s good to plant bleeding hearts where other perennials will fill in after it dies.

Although you can start bleeding hearts from seed, it’s easiest to take divisions from a friend’s plant, transplant self-sown seedlings in the garden or purchase transplants from a local garden center. Plant in spring to early summer in part sun or part shade on well-drained, moist soil. Space plants 1 to 2 feet apart.

After flowering is finished, deadhead flower stalks to tidy up the plant. Once the foliage starts yellowing I like to cut the whole plant back to the ground. Mark the spot where your bleeding heart is growing so you don’t accidentally dig it up in summer or fall when planting annuals or bulbs. Bleeding hearts can grow too large for a space, so every 2 to 3 years divide the plants after flowering to keep them in bounds and to share with others. Dig up the whole plant, separate out 1-foot wide sections with a sharp spade and replant in compost-amended soil in similar location.

Grow bleeding hearts in a woodland setting with other wildflowers, such as trout lilies and trillium. Plant bleeding hearts also in a shade garden, plant near ferns, coral bells, hosta, and astilbe. Grow bleeding hearts near spreading perennials, such as lungwort, that will fill in the area once it dies back or plant shade loving annuals, such as begonias, in that spot. Bleeding heart flower stalks also make nice additions to a spring cut flower arrangements with forget-me-not and dwarf iris. 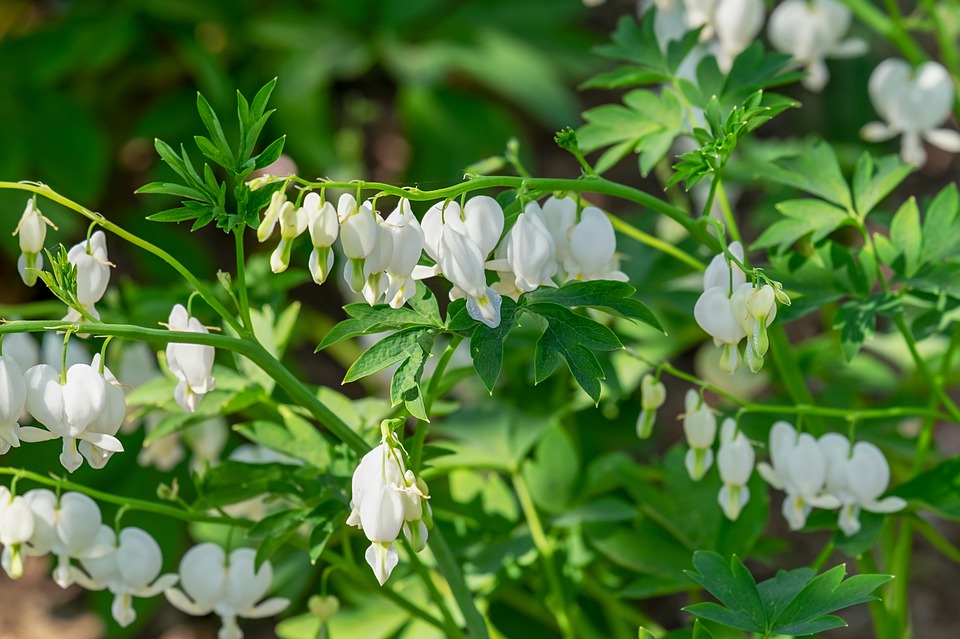 This early spring perennial flower hails from Japan, but made its first appearance in the United States in the 1800s as a Valentines Day gift. Its red, pink or white colored flowers hang down from 3 to 4 foot tall plants from cascading branches. The flower shape is a dead give away to its common name, bleeding hearts. Dicentra spectabilis appears in early spring as soon as the ground thaws. We might be seeing it pop up in March in some warmer areas with our mild winter! The grassy foliage quickly grows into a floppy plant loaded with heart-shaped flowers. The colorful flowers appear to have a trickle of blood dripping out the bottom, hence the common name.

The traditional, large-sized pink and white flowered bleeding heart is the most common, but there are some variations. ‘Alba’ is a white hearted version. ‘Golden Heart’ features golden leaves and red flowers. ‘Fringed’ bleeding heart has deeply cut, fern-like leaves on small, one foot tall plant with delicate, small flowers.

Bleeding hearts are hardy, tough plants. Grow bleeding hearts in part shade in cool, moist, fertile soil. They can last for many years in the garden and can be divided in early spring when they first pop out of the ground. Bleeding heart flowers last for a few weeks depending on how quickly it gets warm. Then the plant slowly yellows and dies by mid summer. I usually cut them to the ground at this point. Grow bleeding hearts where other summer perennials, such a daylilies and bee balm, can over take them come June and hide the dying foliage.

From the Connecticut Garden Journal.

Go here for a video on dividing perennials